How to learn Dutch by yourself? Start with an easy and free online course!

We have adopted an objective and efficient approach to learn how to speak a language easily and quickly: we suggest you to start by memorizing words, phrases and practical expressions that you can use in everyday life and that will be useful when traveling.
Getting used to pronounce words out loud, numbers for instance, is an easy exercise that you can practice often and at anytime throughout the day.
It will help you to get used to the sounds of your chosen language and thus make it more familiar.
And once your holiday or business trip has begun in the Netherlands, in Amsterdam, Rotterdam, The Hague, Maastricht or Haarlem, you will be surprised how familiar and easy to understand it will seem.
Furthermore, using a pocket dictionary is always useful, particularly during a trip. It enables you to find the translation of new words and enrich your vocabulary.

Why speak Dutch while traveling?

Holland, a country that carries the spirit of the European continent

Erasmus, the most famous traveler of the fifteenth century, is considered to be the "first European citizen". He was born in Rotterdam, and became the symbol of a Europe in which citizens learn the languages ​​of others and share their cultures.
Dutch is understood by more than 28 million people worldwide. It is spoken in the Netherlands, in French Flanders, in the Flemish part of Belgium, and in Suriname - the former Dutch colony. In many other countries you will also find expatriates to strike up a conversation with, as the Dutch are a great nation of travelers. The Netherlands is also the home of many world-famous painters: Rembrandt, Bosch Rubens, Van Gogh, Mondrian. It was also home to a major philosopher of the seventeenth century, Spinoza.

A country of justice and freedom

By occupying fourth place in the ranking of the most developed countries in terms of HDI, and among the top 20 world economic powers, the Netherlands is strongly committed to the defense of human rights, which has earned The Hague (seat of the Parliament and the Prime Minister's Office) its position as the world's law capital. It hosts international organizations such as the International Court of Justice (ICJ), the International Criminal Court (ICC), Europol and others. This economic and societal development is largely due to its education system, which is considered to be one of the best in Europe. Moreover, Dutch culture is also a great attraction for tourists who wish to walk in the footsteps of figures such as Vincent Van Gogh, Harry Mulisch and Hella Haasse.

A knowledge of this language ties into prominent issues in the era of Europe and commercial partnerships. The Benelux region (Netherlands, Luxembourg and Belgium), in which 85% of the population speaks Dutch, still plays an important economic role today. In addition, the low unemployment rate is an attraction for foreigners who can master this language. But they are also countries at the forefront of scientific and technological innovation, with a high achieving university system. Knowledge of the language opens up access to a field of knowledge accessible only to Dutch speakers: urbanism and architecture, or the containment of marine submersion for example.
Speakers of Dutch are proud of their language, and even though the majority speak the language very correctly, you will be sure to open doors which would remain closed to you if you did not make the effort to share their language.

A language which opens the doors to many cultures

An official language of the European Union, Dutch is spoken mainly in the Netherlands, but it is also present in Belgium, France, Suriname and in 6 other countries, spoken by around 28 million people, including 23 million as their mother tongue. If we add the number of speakers of Afrikaans - the language spoken in South Africa and Namibia which is derived from Dutch and retains intelligibility with it - learning Dutch will open the doors for you to communicate with about 35 million people in Europe, Africa, America, the Caribbean and Indonesia.

Directly descended from the Dutch colonists (the Boers), Afrikaans, which is one of the official languages ​​of South Africa, has largely become autonomous since that period, and today it is considered a language in its own right. This does not, however, prevent speakers of both languages ​​from understanding each other without too much difficulty.

How to learn Dutch on the Internet?

There are no good or bad techniques when you start learning a language by yourself: ​​in essence, it requires self-confidence and the ability to be guided by your own instinct for discovery. The only thing you should never lose sight of is what motivated you to speak this language: your passion for Flemish painting, the love of tulips - one of the great local specialties - the incomparable warmth of the people, or just simply your next holiday will be to ride around Holland on your bicycle (in this country the bike is king). In order to conserve your energy, we would advise you to focus as much as possible in your first lessons on your primary motivation to learn the language. Then gradually other reasons will be added for loving this surprising language.

Make a success of your stay in Holland

But be careful, this language is not easy to speak, and its forty sounds (16 vowels and 24 consonants) will certainly seem very strange at first! However, on one point you will be relieved: the tonic accent is placed on the penultimate syllable most of the time, which will allow you to concentrate, for example, on the pronunciation of short or long vowels (we find this distinction in English and German).
We invite you to listen to the pronunciation of the letters by clicking on the following link: Dutch alphabet with audio. 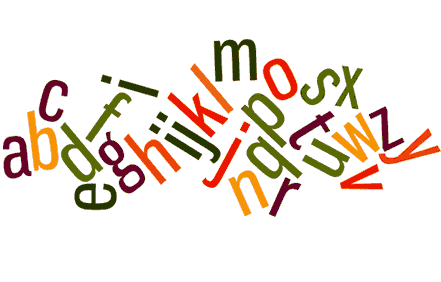 Max Hartman :  Great website for those who want to learn Dutch! I found it very helpful to myself and recommend it to others! I would give it Five Stars
Doreen :  Thanks for the site. It is indeed a helpful and effective tool to learn Dutch!
BTR Naidu :  Great work. At the same time I have below feedback: the pronunciation from a professional dutch speaker and form a beginner will be very different. Its very hard for a beginner to listen and try to pronounce the same when he is at the beginner level. A slow pronunciation will help the learner catch the words and learn also to pronounce.
Ester :  It's a very good online course for beginner,i enjoyed it thanx.
Rom :  I actually wanted to learn Dutch to watch a Dutch TV series named Het Huis Anubis, old series, but really good. I'm on the way!
Nikola :  Very similar to English and German. I speak English professionally, and I know the basics of German. That helps me a lot understanding Dutch. Interesting language though. Helpful site...
Lee :  Thanks. I just came back from my Europe trip and made some dutch friends. This is a good help for me to start learning Dutch. Thanks!
Dennis :  I have a Dutch partner, & have just spent a week in Holland with her rellies. Although they all speak good English, they would inevitably speak to other in Dutch, which left me just smiling & nodding politely. We may return eventually, & this time I'd like to be prepared, so many thanks for your great program.
williams cyan  :   I come from a dutch royal family... so, I thought I'd learn to speak Dutch. Thanks!!!
Anna :  great site, i hope there will be more subjects in the future :D dankuwel! :)
Show comments ( + )