How to learn Ukrainian by yourself? Start with an easy and free online course!

We have adopted an objective and efficient approach to learn how to speak a language easily and quickly: we suggest you to start by memorizing words, phrases and practical expressions that you can use in everyday life and that will be useful when traveling.
Getting used to pronounce words out loud, numbers for instance, is an easy exercise that you can practice often and at anytime throughout the day.
It will help you to get used to the sounds of your chosen language and thus make it more familiar.
And once your holidays have begun, in Kiev, in Odessa or elsewhere in Ukraine, you will be surprised how familiar and easy to understand it will seem.
Furthermore, using a pocket dictionary is always useful, particularly during a trip. It enables you to find the translation of new words and enrich your vocabulary.

Why speak Ukrainian while traveling?

A growing economy and famous cities

In economic terms, Ukraine is rich in natural agricultural and mineral resources, such as iron and uranium. Additionally, the country is of great importance in European gas distribution and maintains exchanges with countries in Europe, the East and Asia.
The Ukrainian territory is marked by a variety of landscapes ranging from mountains - such as Mount Hoverla in the outer Western Carpathians - to the Black Sea - with the famous city of Odessa - and several rivers, including the Dnieper, the Dniester and the Danube. Having been a powerful empire between the 10th and 11th centuries, the country has many tourist sites including forts and historic castles, churches and monasteries, the beaches of the Black Sea, national parks, vineyards, and ski resorts in the Carpathians.

Gastronomy also plays an important role in the discovery of the culture of the country, in particular meat, vegetables, breads, sauces, fish and cheeses which form the basis of some of its famous dishes, such as Varenyky and Syrniki.
But above all, Ukraine is the birthplace of outstanding artists who have marked the history of European culture, such as Mikhail Bulgakov, Nikolai Gogol and Yurii Andrukhovych for literature, and Kazimir Malevich for painting.

Make a success of your stay in Ukraine 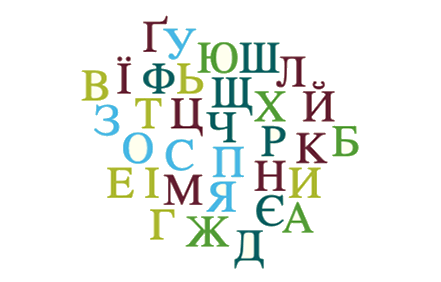 James :  Thank you very much this is real help to me, to learn the language
Ella Ososkalo :  WOW! This is a great way to learn. Nice Job!
anna :  I love teaching Ukrainian on loecsen.
Ian Caldwell :  A great site for learning Ukrainian. Thanks
Ian Caldwell :  Very good for more than beginner. Basic pronunciation is good with slow repeats. I will persevere.
Oksana :  Hello, everybody! I am native speaker from Ukraine. Do you want to improve your conversational skills? Let me know. Skype: roksana1504
Jane :  Thank you! I was delighted that you allowed me to print the so I can study it. I thought that was awesome!
Iryna :  Hi. I am from Ukraine. I want to develop my english. Will help with your ukrainian. Send me message in facebook, Iryna Kulbovska. )
Ray :  Great teaching method. Learned a few conversation already.
amir :  Hello!Thanks a lot. This website is the best for learning Ukrainian or other languages.
Show comments ( + )