Hello
+ A more familiar expression
Good evening
Goodbye
See you later
Yes
No
Please!
Thanks
Thanks a lot
Thank you for your help
Don't mention it
Ok
How much is it?
Sorry!
I don't understand
I get it
I don't know
Forbidden
Excuse me, where are the toilets?
Happy New Year!
Happy birthday!
Happy holiday!
Congratulations!

How to learn English by yourself? Start with an easy and free online course!

We have adopted an objective and efficient approach to learn how to speak a language easily and quickly: we suggest you to start by memorizing words, phrases and practical expressions that you can use in everyday life and that will be useful when traveling.
Getting used to pronounce words out loud, numbers for instance, is an easy exercise that you can practice often and at anytime throughout the day.
It will help you to get used to the sounds of your chosen language and thus make it more familiar.
And once your vacation begins, in the United Kingdom, the United States, Canada, Australia, New Zealand or in one of the 48 other countries in which English is the official language, you will be surprised how familiar and easy to understand it will seem.
Furthermore, using a pocket dictionary is always useful, particularly during a trip. It enables you to find the translation of new words and enrich your vocabulary.

Why speak English while traveling?

To exchange with the whole world

Speaking even only a few words and expressions in English will ensure that you will be able to communicate with most inhabitants of the world during your holidays abroad. Indeed, it has become the first language of international communication. It is also the most used on the Internet. Unless you are completely cut off from the rest of the world, you know at least these five very simple words:"yes", "no", "thank you", "hello", "goodbye" and this is already enough to establish a first relationship!

A social and professional marker

One may not ignore that it is a rich and subtle language in which each rule is accompanied by multiple exceptions, what makes it much more difficult to master than it seems. You can limit yourself to the "Globish" (term created by the association of "Global" + "English") – a sort of functional Esperanto formed from a simplified language that does not care too much about the grammar rules – or go further and discover its infinite subtleties. Furthermore, it is important to know that not speaking a minimal amount of this language is likely to exclude you from many circles.

Make a success of your stay in an English-speaking country

The second most spoken language in the world

After Chinese (known as standard or Mandarin), English is the second most spoken language in the world. This is what our ranking shows. But in reality it occupies the first place in the ranking if we take into account its geographical spread throughout the world. Indeed, you will find people who speak this language everywhere, while Chinese speakers are mainly concentrated in Asia.

h3>Many rules ... And even more exceptions: you will have to make an effort English pronunciation is quite puzzling, not only because many sounds are specific to it, but also because it is often necessary to learn a lot of exceptions once a rule is learned. For example, "h" is always "aspirated" at the beginning of the word, except for "Heir", "Hour", "Honor". A Dutch poet, Gerald Nolst Trenite, has put this question in a well-known poem, The Chaos by Gerald Nolst Trenite. Moreover, the pronunciation of sentences must respect a certain melody and each syllable within a word is subject to a particular intonation – which is called the tonic accent. And to complete this picture, a rule valid in England will not necessarily be followed in the United States or in Australia.
However, don't let it discourage you: even if it takes several years with intensive practice to get a perfect accent, you can quickly make yourself understood in a fairly simple context, because your interlocutor will undoubtedly try to recognize your intentions. For example, if in a bar you order "a Bear" instead of "a Beer", there is little chance that you will be brought a bear to drink! We have put together a series of videos to help you understand all these rules and to acquire very good pronunciation: improve your English pronunciation.

The alphabet is composed of 26 letters from the Latin alphabet.
We invite you to listen to the pronunciation of the letters by clicking on the following link: English alphabet with audio.

What are the best websites to progress quickly?

Level: for people with first notions. It requires knowing how to get the right information by yourself.
Services: numerous multimedia resources, games and tests.
Our opinion: our favorite site, but it requires you to spend some time in it. This is a very good complement to our service: once you are familiar with this language pronunciation and main expressions, you will make rapid progress on the BBC website.

Level: requires already a good level.
Services: numerous resources entrenched in the news and classified by theme.
Our opinion: our second favorite site, which also requires a real desire to use it. Once this is done, you will not be able to do without it thanks to its countless and high quality resources.

Studying abroad is the best way to progress quickly and to consolidate your knowledge. How to find your school and organize your stay? We suggest you an organization that takes care of everything for you. It is not just anyone since it is the world leader in this field.

Who made the translations and sound recordings of this site? 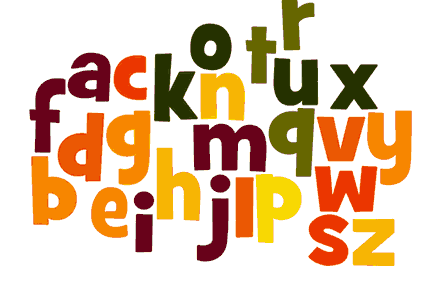 solmaz :  By chance, Google showed me a wonderful magazine! Have a great idea,to learn a language autonomous with online sources! This site is wonderful. Please, continue on ,because many people around the world need it. Thank you for your wonderful site.
Kimberley :  OMG!!! This website is amazing!!! BTW:i know some turkish!
L\'ECLUSE MARIEJOSEE :  I liked the lesson, good teacher, hoped to have more lessons
Prabhakar Reddy :  Exculent But it is only Basic words
Michel Perié :  Very good method, thank you very much, best regards Michel
Steve rackett :  Dear sir I go to Sweden regularly so it's about time I started learning Sith thanks Steve r
Walter :  Hello. I have some friends that speak Swedish. I need to learn it quickly. Please tell me the fastest way. Thanks. Loecsen : Loecsen.com :)
crissy :  Your language course is great
Show comments ( + )