How to learn Romanian by yourself? Start with an easy and free online course!

We have adopted an objective and efficient approach to learn how to speak a language easily and quickly: we suggest you to start by memorizing words, phrases and practical expressions that you can use in everyday life and that will be useful when traveling.
Getting used to pronounce words out loud, numbers for instance, is an easy exercise that you can practice often and at anytime throughout the day.
It will help you to get used to the sounds of your chosen language and thus make it more familiar.
And once your holidays have begun, in Bucharest, in Chișinău or elsewhere, you will be surprised how familiar and easy to understand it will seem.
Furthermore, using a pocket dictionary is always useful, particularly during a trip. It enables you to find the translation of new words and enrich your vocabulary.

Why speak Romanian while traveling?

Fancy a cultural getaway filled with castles, monasteries, fortresses and other buildings from different periods? Discover the historical regions of Romania and Moldova!

A member of NATO and the European Union, Romania is at the crossroads of Latin and Slavic cultures. Its history, influenced by various empires and monarchies, has marked the territory of regions such as Transylvania, where you can walk through the city center of Sibiu, discover the fortified churches or let yourself be carried along by "Vampire Tourism" and the legend of Dracula… The tourist attractions of this region are legion.  The tourist routes of the country also pass through the natural sites of the Carpathians and the Retezat National Park; cities like Constanţa on the shores of the Black Sea; cruises along the Danube or through the Iron Gates; exploration of underground caves, etc.
In Moldova, tourism is mainly focused around wine cellars, monasteries and Orthodox churches. In addition, the country has a national ecological network which covers 73,145 hectares and includes biological corridors of national and international importance.

Make a success of your stay in Romania

A Romance language spoken by around 28 million people, Romanian is the official language of Romania, Moldova, Transnistria and Vojvodina.
The alphabet uses Latin characters and has 31 letters whose phonemes have many similarities with those of other Romance languages. Among the peculiarities of Romanian which are of interest are the numbers of diphthongs and triphthongs, 26 and 14 respectively
Students looking to learn the correct pronunciation of Romanian are faced with spellings which are almost phonetic. In other words, the speaker can almost always pronounce the word as it is written, which greatly facilitates learning. In relation to the rhythm of the language, the accent is tonic and can strike the last five syllables of a word. 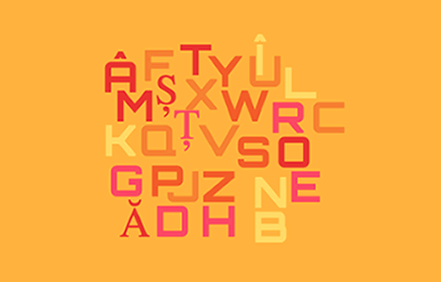 Just kidding, love this site! Actually that song inspired me to study Romanian a little :)


Barry :  Great little programme and the speakers are so clear and have pleasant voices. One little thing, some of the spellings are a little out of date for example pîine is spelt pâine nowadays.
Robert di Anton :  Wonderful program. Great audio.
Show comments ( + )