How to learn Korean in 10 steps?

2. Learn basic vocabulary. Start by learning common words and phrases that you can use in everyday conversation. Mastering the specific vocabulary of this language will help you understand the words you hear or see written.

3. Practice speaking. One of the best ways to learn a language is to listen to native speakers speak it. Watch Youtube videos, movies and TV shows. Then repeat the words and phrases to improve your pronunciation. Even talking only with yourself, this exercise practiced regularly will make you progress in a spectacular way (we have created a unique tool dedicated to this training).

5. Find a conversation partner. Practice speaking with native speakers or with other learners. Use the words and phrases you have learned to introduce yourself, talk about your interests, ask questions, etc. The more you practice, the more you will improve your understanding and expression.

6.Read in Korean.Read Korean books, newspapers and magazines to help you understand the language better.

7. Find the right teaching resources. There are many books, online courses, apps, and websites that can help you learn Korean. Choose the resources that suit you and that seem adapted to your level and your objectives.

9. Anticipate periods of stagnation. After a few months you will have the impression of not progressing any more: there are always periods when progress is rapid and visible, followed by periods when progress is no longer perceptible. The best way to get through these difficult times is to continue to improve by diversifying your sources of learning.

10. Don't lose heart! Learning a new language can take time and patience, but if you stick with it, you will eventually achieve your goal of mastering Korean. Keep studying and practicing to improve your skills and achieve your learning goals. And never lose sight of this: fun is the best engine for any learning.

How to learn Korean by yourself? Start with an easy and free online course!

We have adopted an objective and efficient approach to learn how to speak a language easily and quickly: we suggest you to start by memorizing words, phrases and practical expressions that you can use in everyday life and that will be useful when traveling.
Getting used to pronounce words out loud, numbers for instance, is an easy exercise that you can practice often and at anytime throughout the day.
It will help you to get used to the sounds of your chosen language and thus make it more familiar.
And once your holidays have begun, in Seoul, Jeju-do or elsewhere in Korea, you will be surprised how familiar and easy to understand it will seem.
Furthermore, using a pocket dictionary is always useful, particularly during a trip. It enables you to find the translation of new words and enrich your vocabulary.

Why speak Korean when traveling? Whether you are a potential investor or a fan of K-pop, speaking Korean is the tool you need to succeed in your projects and make the most of your desires!

One of the largest economies in the world

Among the world's largest economies by GDP and with a high HDI, South Korea is one of the Asian dragons. Its export-based economy has many partners, such as the United States, China, the European Union and India. Among the famous Korean companies are Samsung, LG, Hyundai and Kia Motors.
Tourism also plays a significant role in the country's economy. Jeju-do Island, for example, is a popular destination for Koreans, Japanese and Chinese, especially for honeymooners. On the mainland, religious sites like the Seokguram Grotto, Jongmyo Confucian Shrine and Haeinsa Buddhist Temple attract tourists from all over the world.
The country has several palaces, fortresses and historic villages, including Changdeokgung, Hwaseong and Hahoe Folk Village respectively.

A boom in Asian culture of today and yesterday

Influenced by Buddhism and Confucianism, traditional Korean culture has a strong presence of dances often performed in female groups, such as taepyeongmu and salpuri. The tradition is also present in the fields of painting, theatre and music. K-pop and its bands are famous all over the world. K-drama and video game competitions are other remarkable aspects of contemporary popular culture that has spread around the world.

Make a success of your stay in Korea 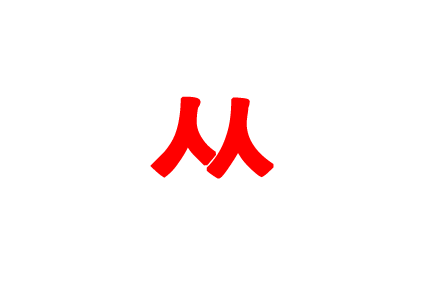 lya :  hi there,
this seem to be a good website for learning(1st time).
However when doing the tests in between the answers and the correction there is this annoying sound that really irritate my ears.
Surely there must be loads of people feeling like me.
Why do you need to play a jamming sound in between ? It is unnecessary and really hurt.
Please remove this stupid sound!
Thank you.

Loecsen : we have heard your request and removed the validation sound for the right answers. On the other hand we have kept the sound for the wrong answers, because we think that it causes a small positive "stress" to motivate the brain to concentrate as much as possible to avoid having to listen to this sound :)
We are very attentive to your feedback: so if you have any suggestions, ideas or remarks to make, do not hesitate!


Julianna :  Hello. I have been learning Korean for 5 years. Korean is not hard it may be hard for some people but I am telling you it's not that hard.
Grace Long :  I am super new to the Korean language, but this website is helping me a lot. Thank you very much

Vanessa Senyo :  I am actually very very new to the Korean language and it's a little bit hard for me and I'm getting better. A very great website. Will totally recommend it to someone who wants to learn a language.
Nancy :  I love this website so much. It really helped me a lot. Right now I'm learning Korean. I also wanna learn Japanese and French but for now, I'm gonna focus on learning Korean. Thank you so much again. This helped me a lot and I'm sure it helped others as well :D UwU
Eva :  Is it really that good? I know! I used 1 week and know i know already some of the vocabs ! Love this web site !
Hanta :  This is one of the best website to learn korean language for beginners that i found out, it help me a lot. thank you very much.
Mel :  This website is so helpful, maybe now I can fulfil my dream of going to south korea!
Ji-Hee :  It's a very good website. I've learned a lot from this. I'm almost ready to leave America to go to South Korea!!!! :D
Thomas :  great program but today I'm going over numbers and the speech recognition is all over the place. It doesnt recognize anything and at times when I say a number instead of coming back with the hangul it translates into the english. there is something wrong with the numbers program. Loecsen: yes you are right, voice recognition does not work for numbers, because we give them in letters. This is something we will have to fix!
Show comments ( + )