How to learn Serbian by yourself? Start with an easy and free online course!

We have adopted an objective and efficient approach to learn how to speak a language easily and quickly: we suggest you to start by memorizing words, phrases and practical expressions that you can use in everyday life and that will be useful when traveling.
Getting used to pronounce words out loud, numbers for instance, is an easy exercise that you can practice often and at anytime throughout the day.
It will help you to get used to the sounds of your chosen language and thus make it more familiar.
And once your holidays have begun in Belgrade, in Đavolja Varoš or elsewhere in Serbia, you will be surprised how familiar and easy to understand it will seem.
Furthermore, using a pocket dictionary is always useful, particularly during a trip. It enables you to find the translation of new words and enrich your vocabulary.

Why speak Serbian while traveling?

If you are a film buff, you must know that Serbian cinema is one of the most important in Europe, and nothing is better than knowing the language of the original version of a film to understand all its subtleties. But don't worry if you are not passionate about cinematic art, there are many reasons to immerse yourself in learning this language!

With its 5 national parks, 120 nature reserves and 470 protected natural sites, Serbia protects about 5% of its territory, which has created some exceptional places to retreat into nature. Among these sites, you can enjoy the Deliblato dune, the region of Đavolja Varoš with its curious natural monuments, and the Roman site of Felix Romuliana, inscribed on the UNESCO list of World Heritage sites.
Tourism is also present in many cities, such as Vrnjačka Banja, a famous spa; Jagodina and Kovačica, cities that house two important museums of naive art; and Belgrade, the country's capital with its many museums, festivals - including the BITEF, founded by Mira Trailović and Jovan Ćirilov - and a very active nightlife. The capital is also the city of Serbian theatre and cinema, which is one of the most remarkable in Europe, with Emir Kusturica as the country's most famous director. In the musical domain, the country values ​​its traditional instruments such as the Gusla, an instrument which is symbolic of Serbian culture and memory.

Make a success of your stay in Serbia

Spoken by about 9 million people, Serbian is an official language of Serbia, Montenegro, Kosovo and Bosnia and Herzegovina and is also a recognized language in some other Central and Eastern European countries.
The language is written with the cyrillic alphabet, adapted so that each of the 30 letters - including five vowel phonemes and 25 consonants - correspond to a single sound. In addition, its spelling is phonemic, so words are written as they should be spoken.
Here are some features of Serbian pronunciation:
The R can be a syllabic peak when at the beginning of a word or in some borrowings.
The union of a voiceless and a voiced consonant in a word, as a consequence of the addition of an inflectional ending or a suffix, causes the first consonant to be assimilated to the second by becoming either unvoiced or voiced.
The accentuation of words in Serbian marks equally well the duration of the vowel and the "musicality" of the word (tonic accent). 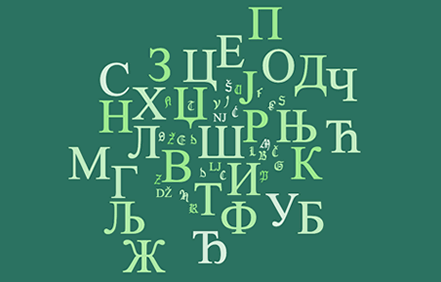 Mayhem :  So. I used this to learn what I assumed is Serbian, but it turns out to be Croatian??
Loecsen : the two languages are very close (https://en.wikipedia.org/wiki/Serbo-Croatian) and often have the same expressions in everyday language. But if you compare the two versions, you will notice that there are quite a few small differences.
The translations into Serbian and Croatian were done by a professional translator (Serbian citizen).
The audio recordings were made by native Serbian speakers for Serbian, and Croatian speakers for Croatian.
There is little chance that they would have let pass expressions which would not be of their language!
But, to be 100% sure, we will conduct an external audit on this language.
And if you have any examples of what you think is not a Serbian expression, don't hesitate to send them to us at [email protected] Thank you.

Vuk :  I just want to say that I am willing to help anyone who wants to learn serbian as a native speaker. My email is [email protected] and you can contact me
Tuomo Metso :  Hi! I’m working a natural-looking and a bit calligraphic handwriting in Cyrillic, Serbian variant. Special question for me is the letter t. Does it have to be long or would the younger generation also use the short one? My tryout is here: https://tinyurl.com/y73amobq Any comment is welcome!
Show comments ( + )