How to learn Finnish by yourself? Start with an easy and free online course!

We have adopted an objective and efficient approach to learn how to speak a language easily and quickly: we suggest you to start by memorizing words, phrases and practical expressions that you can use in everyday life and that will be useful when traveling.
Getting used to pronounce words out loud, numbers for instance, is an easy exercise that you can practice often and at anytime throughout the day.
It will help you to get used to the sounds of your chosen language and thus make it more familiar.
And once your holidays have begun in Helsinki, Rovaniemi or another Finnish city, you will be surprised how familiar and easy to understand it will seem.
Furthermore, using a pocket dictionary is always useful, particularly during a trip. It enables you to find the translation of new words and enrich your vocabulary.

Why speak Finnish while traveling?

A key destination of Northern Europe, often ranked among the leading countries in terms of quality of life and education, Finland is a charming destination for both tourism and business. After all, it is a Northic country which has given us big companies like Nokia and Rautaruukki, and many successful apps like Angry Birds and Clash of Clans. One of the largest countries in the European Union, the Finnish territory is made up of lakes, mountains and islands which create stunning landscapes. Finland also has the reputation of having the best places to contemplate the northern lights - which attract tourists from all over the world. The cultural heritage of the country is also major attraction, and it is hard not to fall in love with its traditions, such as the sauna - exported all over the world - its most vivid symbol.
The internationally renowned music scene is home to many rock and metal artists including Stratovarius, Nightwish and Sonata Arctica. Finnish cinema is also recognized, with famous directors such as Aki Kaurismäki and Renny Harlin.

Make a success of your stay in Finland

Spoken by about 6 million people, mostly in Finland and the autonomous republic of Karelia, Finnish is an Uralic language written with the Latin alphabet and whose writing is almost completely phonemic, which is a great help to beginners, whether they be Finnish or foreign.
Among the curiosities of the language there is the assimilation of W to V; the letters Å, Ä and Ö are considered separate and not variants of A and O; and the fact that a double character means a long vowel or a geminate consonant.
Here are some examples and tips for the correct pronunciation of sounds
The R: always rolled.
The Ä: open as in the A of the English word "cat".
E: pronounced like a French É.
E: pronounced like a French É.
We invite you to listen to the pronunciation of the letters by clicking on the following link: Finish alphabet with audio. 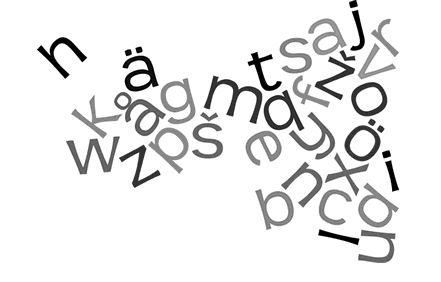 Elita :  My mother tongue is Portuguese, and I'd like an application in a Doctor Degree Program in Finland. Learning the language will help a lot!
Peter :  I am 83 of age, do speak resonable English, good German and Dutch. During my active years I visited some times Finland and got interested. Now learning has no direct use, but just interested.
FinlandLuvr :  Oh my gosh thank you! :D Now I can print out Finnish on paper and practice on it anytime I please. Kiitos Kiitos Kiitos!
Show comments ( + )