How to learn Italian by yourself? Start with an easy and free online course!

We have adopted an objective and efficient approach to learn how to speak a language easily and quickly: we suggest you to start by memorizing words, phrases and practical expressions that you can use in everyday life and that will be useful when traveling.
Getting used to pronounce words out loud, numbers for instance, is an easy exercise that you can practice often and at anytime throughout the day.
It will help you to get used to the sounds of your chosen language and thus make it more familiar.
And once your holidays have begun, in Rome or in Venice, you will be surprised how familiar and easy to understand it will seem.
Furthermore, using a pocket dictionary is always useful, particularly during a trip. It enables you to find the translation of new words and enrich your vocabulary.

Why speak Italian while travelling?

One title alone is not enough to list all the good reasons to learn Italian, a language as alive and joyous as its people. Be it to better understand the masters of literature of today and yesterday (such as Dante, Pirandello and Umberto Eco), or be it to discover all the ingredients of your favorite dishes, Italian is the language you need to enrich your skills and advance your career!
Rich in history and culture, the territory of present-day Italy is one where Etruscan, Greek and Roman civilizations prospered, which explains the country's impressive number of archaeological sites of classical antiquity. The millions of tourists who flock to Italy all year round also marvel at the works of masters such as Da Vinci, Michelangelo and Botticelli, as well as the architecture that makes cities like Florence and Ferrara open-air museums.
Fashion is another major attraction of the country, which is considered to be one of the world's largest exporters of luxury goods such as Ferrari, Maserati, Prada, Gucci, Dolce & Gabbana, Armani, Azimut, Riva etc. Elegance and design also pervade the country through events such as Milan Fashion Week.

Unmissable, Italian gastronomy is the favorite of Europeans (according to a survey by Zoover in 2012) and one of the most consumed in the world, which is contributing to the impressive growth of Italian gastro and wine tourism. The attraction of fresh and seasonal products are such that since 2010 Mediterranean gastronomy has been designated an Intangible Cultural Heritage by UNESCO. And lovers of history and cuisine can do nothing but delight in a stay in Italy: beyond the traditional pasta, cheese and cured meats, the country is responsible for two great inventions of modern cuisine; the ice cream cone and espresso coffee.

A language of business

As the world's 8th largest economy and the 4th largest in Europe, Italy is home to major groups such as Fiat, Benetton and Luxottica, companies which conduct business all over the world. This fact can only reinforce the interest in speaking Italian, one of the official languages ​​of the European Union, and spoken in seven other countries, which accounts for more than 61 million speakers. The language of Dante can also be heard in several Italian-speaking communities around the world, such as in Brazil and the United States. So what are you waiting for to immerse yourself in this learning experience?

Make a success of your stay in Italy

The peculiarity of Italian, compared to the other Latin languages, resides in its vocalism which preserves the vowels and drops the final consonants, its double consonants and the absence of nasal vowels.
A tip for pronouncing Italian is to give attention to some consonants, especially
The C: is pronounced [k] when followed by A, O or U, but must be pronounced [ʧ] when followed by I or E. The C is pronounced [k] before I and E only with the placement of an H between the consonant and the vowel, as in "chiamo". To pronounce [ʧ] before the other vowels, place an I between the consonant and vowel.
The G: pronounced [ʤ] when in front of I or E.
The GLI and the GN are pronounced respectively, [ʎ] (palatalized) and [ɲ] (palatalized).
The vowels: these are pronounced short in the last syllable of the word or in a closed syllable, and are pronounced long when they finish the word.
The R: the Italian R is rolled, that is to say with an articulation produced by the tip or blade of the tongue against the alveolar ridge. During pronunciation the vocal cords must vibrate.
We invite you to listen to the pronunciation of the letters by clicking on the following link: Italian alphabet with audio. 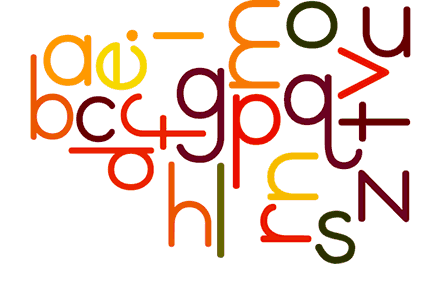 Fiona :  I'm very excited to have landed on this good site! My curiosity to learn Italian language has increased, I look forward to perfecting my Italian pronunciation. I'm still at the beginners journey. This site is so helpful. Grazie mille!
Fraidy :  Thanks a lot! I'm from Israel and I'm learning Italian for our honeymoon in Italy. It's a great website although I'd love to have a bigger vocabulary and the man's voice was sometimes too fast to understand. Grazie mille!
dariosh :  many Thans from Iran it is very helpful خیلی خوبه
Ted :  Your lessons are very helpful but they could even be more helpful if the phrases were pronounced much more slowly and then in natural Italian speed. Thanks
Mariantonieta :  I enjoyed to learn a new vocabulary with online course. I think that "see, listen and repeat" is a powerful activity. Grazie mille! I also appreciate that it is free Antonieta
Richard Constable :  I have been trolling the internet for an Italian language course when I came across this one, it is great and very simple to understand and would recommend it to anyone wanting to learn another language for the basiscs
Rosie :  A good choice of words, and thanks for being free. But the spoken Italian is waaaaay too fast for an American to hear and learn, even though I know a little.
Zaw Minn :  Hello Mingalarbar ( Buon ) Now I am learning Italino from University of foreign language in Myanmar.. so I want to speak fluently Italino because i love this language..especially i would like to know how to learn,,, how to study and how to speak.
Bella :  This website has helped a lot already, all of my friends speak another language, but I don't!!!! I really hope I can speak Italian after a loooooong while!!!!!
Jan Erasmus :  A very good course for basic needs. I´ve just decided to go to Italy in summer, so I´m trying to improve my basics. And it works. Thank you for you kind help. You´re doing a good job, really. Best regards, Jan Erasmus. Czech Republic.
Show comments ( + )